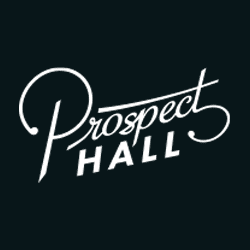 Prospect Hall was founded in 2015 and is operated by Betable Limited. Surprisingly, this site is a long lost relative of the Betfred organisation and was previously branded as Betable. The site later changed it’s name to Prospect Hall, which is nothing short of dreary, giving the impression of an old council building, rather than a classy online casino. The site has been found to previously enforce rules in their terms and conditions that were unfair but upon investigation these issues seem to have been amended.

Prospect Hall’s website is a sleek design, with a dark purple and navy blue colour scheme which feels like it is supposed to represent space and some ‘out of this world’ galaxy with a cosmic-y background. Login and Registration buttons are located in the top right corner and other links such as “about us” and “support” are placed in the top left corner. Each section of the homepage is sectioned off into neat boxes, providing a smooth feel to the website that is easy to navigate. Scrolling down the homepage will bring you to the library of games, and categories are listed on the left hand side with filter options at the top, to make finding what you’re looking for much more manageable. There is also a task bar at the bottom of the page with a clock and support link, which is made for player convenience. Prospect Hall Casino also provide an app for iOS and Android mobile device users. The apps are presented very similarly to the desktop version, just with a limited number of games due to technology issues. There is also a standard mobile website available that can be accessed via a standard web browser.

Prospect Hall Casino, just like the large majority of online casino’s is slots heavy, and players will find a collection of over 200 slot games to choose from and some progressive jackpots available to play as well. The rest of the library is made up of several dozen table games, including blackjack, roulette, poker and baccarat, several video poker games, one live casino game and one arcade game. Although the games are provided by reputable names, such as NetEnt, Play’nGo and Microgaming, the amount of games on offer is slim. Microgaming games are also not available to search via the providers category, Prospect Hall Casino need to increase their selection of games if it’s hoping to draw in an audience.

Prospect Hall Casino are licensed and regulated solely by the UK Gambling Commission (UKGC). In the past Prospect Hall Casino have been accused of shady terms and conditions. Firstly, it appears they had an annual win clause that limited the amount of money a player could withdraw in a year to £1,000,000, while offering progressive jackpots that amounted to more and not excluding them from this clause. This was deemed unacceptable as it is the software provider that gives such prizes from a pooled fund, and does not come from the operator. Upon investigation this clause seems to have been removed from their terms and conditions and all that can be seen is the maximum payout per win, which is stated as £200,000. Secondly, Prospect Hall included a clause which stated that they reserve the right to “specify a minimum withdrawal amount which will be displayed on the relevant section of our sites” but then no such amount could be found. This has since been rectified and the terms and conditions now state that the minimum withdrawal amount is £10. Finally, Prospect Hall Casino terms and conditions state that players agree to only have one account with Betable, however they do not list their sister sites from which players must exclude themselves. Funds are protected at the level: Basic Segregation, which although meets the required UKGC’s standards, means that player funds may not be protected in the event of insolvency. Although Prospect Hall Casino state that all games are independently audited and thoroughly tested and certified before they are released for play, and that each game has been proven to have a genuinely random outcome that can not be manipulated in any way, we found no evidence of this on their website. All personal and financial player data is is securely encrypted using 128-bit SSL security and Prospect Hall Casino do provide a comprehensive FAQ, live chat options and an e-mail address. However, when considering the competition, a phone number should be provided.

Although there are a number of important problems that seem to have been resolved there are still a few nagging issues involving, terms and conditions and customer service. There is also a limited number of games to choose from, reducing the appeal of this casino further. On face value there may not be anything particularly wrong with Prospect Hall Casino however, it does nothing to dazzle players or make itself stand out from the crowd. We see nothing wrong with visiting this site, however time may be spent more wisely.

Other Offers For Prospect Hall

No Sites Found 😔
We use cookies to ensure that we give you the best experience on our website. If you continue to use this site we will assume that you are happy with it.OkRead more